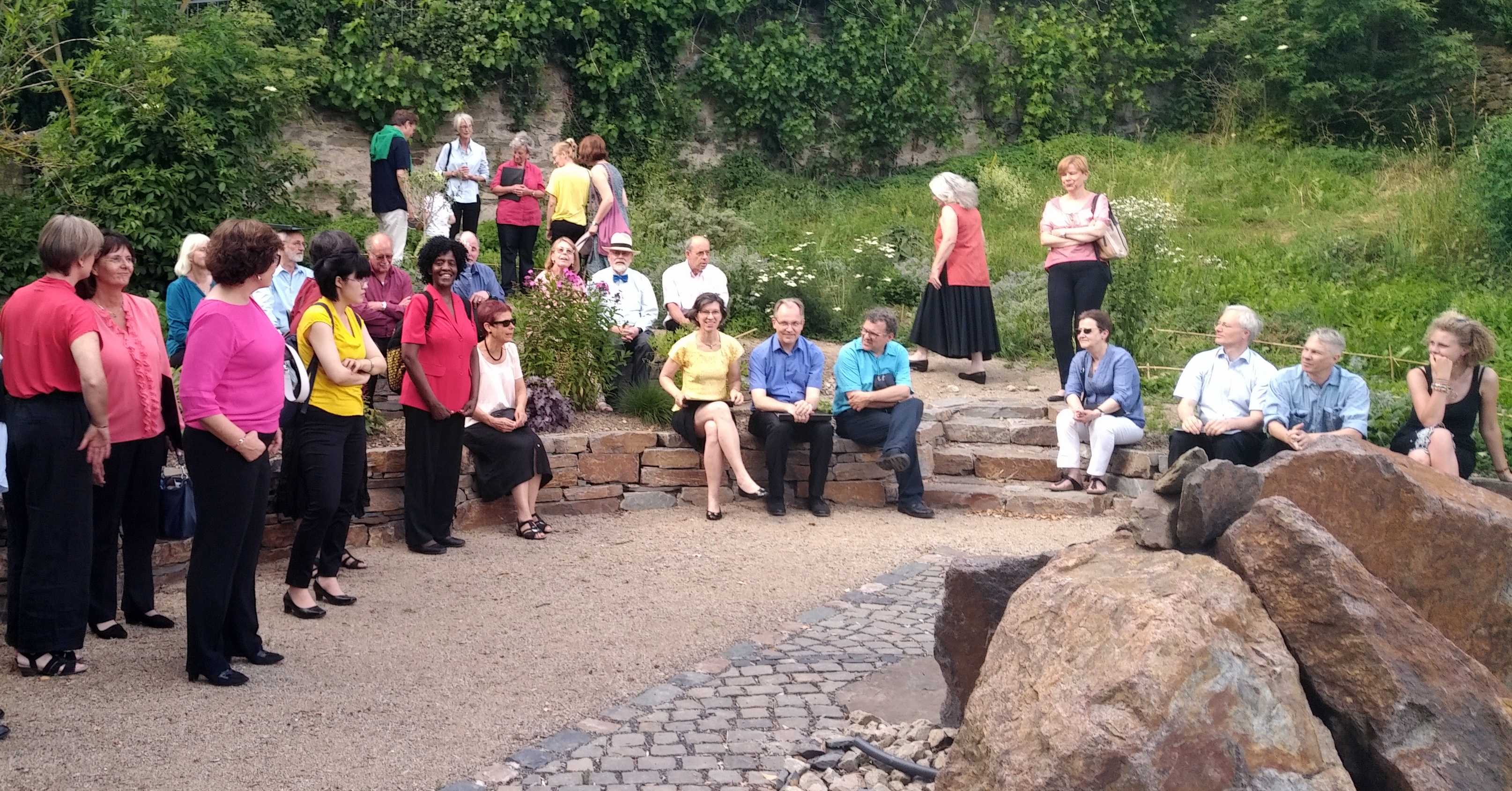 Following an extraordinary break of near three years due to the Corona pandemic and under new artistic direction, TICC is pleased to announce its first public appearance. The choir is performing Felix Mendelssohn-Bartholdy’s “Hear my Prayer” (based on Psalm 55) as well as the “Kyrie” from the “Missa Festiva” from Alexander Gretachaninoff. Both pieces will accompany two special worship services.

The choir’s participation is part of a service based on the topic of “Music and Literature” which combines TICC’s performance with texts to the theme of “Freedom is not a free gift?”

TICC is performing in a musical Evening Vesper to the topic of “Expressing thanks, when you are prone to lamenting, and lamentation when thanks is too cheap”

♬ just come along to a rehearsal, sit down and sing with us:
Thursdays, from 8.00 pm to 10.00 pm
at Trinity Lutheran Church, Nibelungenallee 54, 60318 Frankfurt am Main

♬ you do not need to audition, but you should have some knowledge of Music

♬ our rehearsals are held in English, but nearly all singers also speak German

♬ if you would like more information first, you can always send an email (in any language you feel comfortable with) to Info@TICChoir.de

The experience of working together on demanding and fulfilling music unites us.

We offer a musical home for people from all over the world living temporarily or permanently in the Rhine-Main region.

The Trinity International Concert Choir (TICC) e.V. began as “The Messiah Project” in 2011 and has since established itself in Frankfurt as a uniquely international choir. Concert programs in recent years have included Handel’s Messiah, Bach’s St. John Passion, Dvorak’s Mass, Fauré’s Requiem, Bilder der Hoffnung (paintings of hope) by Petr Eben, Rossini’s Petite Messe solennelle, Mozart’s Requiem in the version by Robert D. Levin, Telemann’s Day of Judgement, All the Ways of a Man by Knut Nystedt and, most recently, Die Geburt unsers Herren Jesu Christi by Rogier Michael.

TICC rehearses at the Trinity Lutheran Church in Frankfurt, an international, English-speaking parish whose former musical director, Dr. Jerrode Baker Marsh, was the impulse and guiding inspiration for the choir. Frankfurt’s multicultural society is reflected in the composition of the choir: currently about 55 singers from 13 different nations sing together. At Christmas, we usually present mixed programs of Advent songs and carols from our members’ home countries.

After single-handedly organizing the choir for its initial project performances of “Messiah” and then building and directing it afterwards, in 2015 Dr. Jerrode Baker Marsh passed the baton to Michael Muche. Through his intensive, sensitive work, the choir continued to develop and our special TICC voice emerged. After the Corona-related singing break, which was only bridged by online substitute rehearsals and exercises outside in the churchyard, we are currently starting the next choir phase in June 2022 under the leadership of our new choir director Steffen-Michael Bücher. 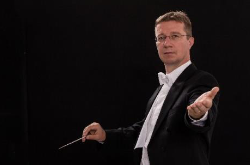 Steffen Bücher really received his musical inclination from the cradle, since his grandparents were pianists, a renown piano duo heard throughout the concert and broadcasting worlds.

Already at the age of five, Bücher received his first piano instruction. In 1987 he won his first prize at the “Jugend musiziert” competition. This was followed by awards such as the “Begabtenförderung” of the city of Ladenburg, selection for MDR television recordings of Bach’s Christmas Oratorio in Halle in 1996 as well as other top prizes and scholarships.

He is a graduate in studies of piano, voice, and conducting. In addition to his artistic-academic training, Bücher completed teacher training studies in both music and physical education, completing both first and second state examinations.

Following years of performing in recitals and concerts with various orchestras as both soloist and conductor in both Germany and abroad, Bücher made his opera debut in 2002.

Besides being a versatile musical performer, he has also been engaged in several cultural enterprises, both in directorial and management positions. He currently works for the Hessian Ministry of Culture as well as for the Hessian Broadcasting Corporation, has been appointed to various committees, and is a juror for musical competitions.

In 2022 Bücher expects to complete his doctoral thesis at the neurological clinic of the medical faculty at the university in Heidelberg.